Just now, I reached the halfway marker in National Novel Writing Month. In fact, I'm just slightly past, with a current word count at 25,024.

So, what do I have to show for it? A decent building intrigue in my plotline. A bit of a shocking event. A notion of where that plotline is actually going, or rather, how my main characters are going to get there. 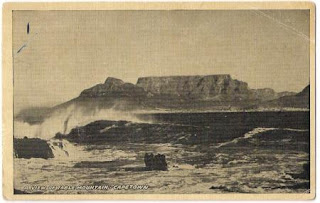 My novel is a Steampunk one, taking place in South Africa around the 1880's. I have a slightly different global timeline, to keep things interesting, though I did keep the framework of all the varying world conflicts, so I would know what real technology had existed along the timeline, and where I could make my "steam" variations and additions.

So, what falls by the wayside during NaNoWriMo? Social networking, to a degree. Currently, I'm not exactly a Twitter force to be reckoned with, though I do poke my head up every once in awhile. The #NaNoWriMo conversations there are interesting and there are a lot of writers cranking out a lot of words. Hell, some of those crazy people are finished! This crazy person is only half finished.

But, I'm half finished, and two days ahead. I'm half finished and at least know what my next step is. I don't doubt that I'll reach 50000, but I am hoping that I actually finish the storyline of the novel at well. If I accomplish that, then I'll be doubly inspired to finish the other two Steampunk novels that I have in various stages of completion, along this same timeline.

Why South Africa? I don't really have an answer. My first (and untitled and unfinished) Steampunk novel begins in England, though a few chapters in, the heroines are booking passage on a steamer to Africa with information that could turn the tide of a war. A lot of people who write about England in the 1800's, Steampunk or no, also write about India. Heck, a lot of people who lived in the 1800's wrote about India, and though I do have a fondness for Kipling, Africa drew me more strongly. The struggles of the people there, native black Africans and native white Afrikaner and all that, none of whom I ever learned about in school, interest me, perhaps because many of those struggles are still happening.

And so, as I novel, I also try to be respectful of those people. I personally have no heritage or other link with South Africa; I just like it. As a result, even though I'm writing speculative fiction, I do try to maintain respectful portrayals of the different types of characters I create, and I try to capture the magic of that land, which I've seen only in pictures.
Posted by Jennifer R. Donohue at 10:01 PM