And As We Wind on Down the Road, Our Shadows Taller Than Our Souls

Every once in awhile, I think about the things that I didn't do. Most of us revisit these things, I daresay.

Being the age I am, and living literally across the street from the college I attended and graduated, a lot of these thoughts are what I did and didn't do in college.  For better, and perhaps for worse, as these things go. I am who I am today, but would I be, had some of my choices been different? 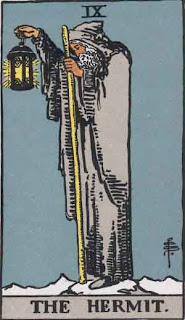 As a for instance, one that's occurred to me lately: why didn't I ever sign up to be a puppy raiser for the Guiding Eyes program that my college had? I guess I probably assumed that since I was never allowed to have a dog of my own, I would be strongly discouraged by family from doing this, and not allowed to bring the puppy home on school breaks, which would undoubtedly have made me ineligible.

Why wasn't I an English major? This one seemed like a no brainer to everybody, really. There are still people I knew from college who think the degree I got was in English, not Psychology. I did, and still do, have an interest in psychology, but not in the way that my college delivered it, unfortunately. Also unfortunately, by the time I discovered that I was miserable, I would not have been able to switch my major and graduate on time, and as you might well know, college is expensive. In a further twist of fate, my Psychology degree isn't even good enough to get me into Cornell's Animal Behavior program. Ain't that a kick in the head?

I also never studied abroad, something that my college offered. Granted, the countries I had interest in at the time were for classes I was not taking; the England trip was a Theatre trip, I'm not sure what the Ireland trip was. Prague was choir, and I hadn't yet started my love affair with South Africa, or I would have been all over that Anthropology trip. Anthropology would have been a major to port into, thinking about it now; I don't know why I didn't think of it then.

Now, mind you, I also don't consider these "mistakes" (well, maybe the psychology thing was, but maybe it wasn't). Who would I be now, if I had a dog growing up? Would I have gone to college at all, or would I have done the Karen Pryor Clicker Training Academy (considerably cheaper than my 4 year school, I assure you)? If I was an English major, would I be published already? Would I have started this blog sooner? Would you have met me at an indie con by now? If I was an English major, would I have pursued an MFA by now, and become a misanthropic adjunct somewhere, swimming towards professorhood?

These are questions that fascinate me and give me inspiration for characters. What kind of person is that woman, different from I? What kind of girl would that have been? Write what you know, but this kind of imagining is a sort of knowing as well, a narrow window into what may be al alternate reality, that land of What May Have Been.
Posted by Jennifer R. Donohue at 12:22 AM

Email ThisBlogThis!Share to TwitterShare to FacebookShare to Pinterest
Labels: ain't that a kick in the head, college, degree, psychology, tarot