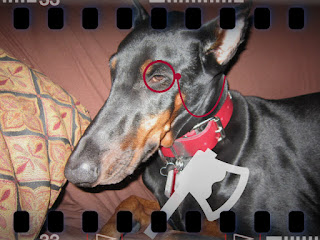 I had already read about the incident, a few days prior, for one, so I wasn't completely shocked this time around. All right, not a sociopath yet. Really, I was in a way happy about the identification, which suggested that there was only the one dude who had gone off the reservation, and that there were no repeat incidents. I'd read an article earlier today, that stated the "naked face eater's" victim was hospitalized but stable, which was nice. I'd really been previously unclear about whether the victim had been murdered. I'd also read that when the attacker was shot, initially he showed no reaction to the gunshot. That was fucking chilling. Though so is the idea of one's face being eaten, while they're alive, in broad daylight on an overpass in Florida, by a naked man. I'd already speculated that drugs had to be the problem here, and even made a baseless guess as to what it must have been (PCP).

I may have made mention of horror and things in the past, so it won't be a surprise that I've watched (and enjoyed) zombie movies. This does not mean that I have a glass box in my house with a hammer next to it that says "break glass in case of zombie apocalypse", or that I even necessarily have a plan in such an event (despite the CDC's delightful coverage). But I did see the news article on the Absolute Write forum, with a thread title along the lines of "This is how the zombie apocalypse starts." So, There was already that reference, and that remove.

I think it's a human self-preservation instinct, that thing that immediately makes us distance ourselves from something that's so nauseatingly horrible that if we think about it too much, we won't go outside anymore and will only order Domino's Online for sustenance (seriously, have you done this? I mean, it's still only Domino's, but it's like Jetson's, World of Tomorrow style nonsense. You click some things, you pay online [or not] and then you can select whether you want updates or music playing or what while it gets checked by Russ or Jesus or whoever, thrown in the oven, and then sent out for delivery. In Real Time.)

Filtered through the screens that we watch our zombie movies on, and learn about serial killers, and speculate about nuclear holocaust, even genuine news articles take on the shine of fiction. Even September 11 had a movie-like quality, because I wasn't there. I saw it first on a tiny television screen, owned by the girl in the dorm room next to mine, and even as I saw it, I thought "well, no, that can't be right." Even now, I occasionally forget, and I've been to New York City several times in the interim. It was just too big, too unexpected, too horrible....and on every fucking television that I looked at for months afterwards.

And yet, I still watch horror movies. And read horror fiction. Real horror doesn't seem real, but fake horror is sought after? What sense does that make? I write horror too, sometimes. When you find yourself at the keyboard, eyes closed and head tilted back, trying to put a finger on just how to crystallize how one feels alone staring down a dark hallway, or trying to identify a Sound, you reach for those same emotions that you filter out when Bad Things actually happen. Because you want to evoke them in your readers as well. It's bizarre and counterintuitive and very, very interesting.