Things that happened since I posted here last

So, since I posted here last (July 11, if you're keeping track!)

I turned 30 (I'm rather ambivalent about this, and that topic will be a post in and of itself. I promise.)

There was a fight in the library gazebo (no, it didn't involve me really in any way. but it was certainly an event!)

I totally forgot about the August CampNaNoWriMo Until like, August 4. So, another fail. November will be better, right? Right.

I watched the movie Chronicle. Which was freaking awesome. I recommend it, definitely.

I rewatched original Fantasia. Elka watched it with me, at least the beginning part, which is mostly shapes and colors.

I've worked on editing a short story anthology that I intend to publish through Amazon.

I made pancakes on my own from scratch for the first time. I'm not typically a pancakes kind of gal. I'd made pancakes before in the past, but mostly as the flipper, without having a hand in the rest of the process. 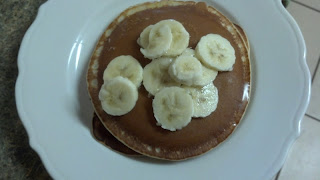 Email ThisBlogThis!Share to TwitterShare to FacebookShare to Pinterest
Labels: 30, amazon, anthology, campnanowrimo, chronicle, fantasia, library, pancakes, while I was away