So, I promised you in A Lesson in Reading Labels that I would tell you a tale of international rhino horn sales. These are not, of course, legal rhino horn sales, because it seems there isn't such a thing any longer. It also would seem that Vietnam's nouveau riche has taken it into their heads that rhino horns are hallucinogenic, and will drink them ground up in wine (which, strangely, is a lot like the "identify" spell in 3rd edition Dungeons and Dragons, only that required a pearl ground up in wine). Rhino horns are made of keratin; y'know, the stuff our hair and fingernails is made of? Somebody should be making a killing off of these people selling "already ground rhino horn" that is in fact something more like "sweepings off the barber shop floor". Recycling, and it would serve them right. 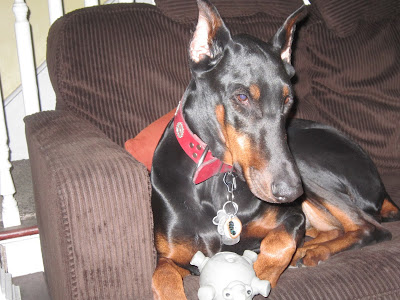 But anyway. I happened to glance at an article title as I scrolled through Google News, and just had to click: Rare Rhino Horns Stolen from National Museum of Ireland. The article itself is very short, but seemed highly absurd: masked men robbed a museum warehouse and made off with stuffed rhinoceros heads; the article posits that the heist (their word) was the work of an Irish Gypsy gang known as the Rathkeale Rovers. At the end of the article, it reiterated this, saying that it was in fact an Irish Gypsy criminal network known internationally for rhino horn thefts. Rather enterprising, wouldn't you say? And I wondered at a number of things on this topic, namely the naming of the gang (I guess calling Gypsies _____  Rovers makes sense, though), and that they're internationally known. It didn't occur to to me that Irish Travellers would say, leave Ireland, and come back again regularly all whilst taking part in webs of criminal activity pertaining to an endangered African beast being sold in Asia. But, what do I know?

So, reading further (because I rarely don't), I discovered that black market rhino horn is in fact worth more than gold. It's one of those things in Asia that gets sold as a drug or a cure all or whatever, like tiger penis and moon bear gall bladders, that doesn't really do the things people say they do. But, there's enough weight of cultural belief that it just all feeds itself, and people are buying it. But oh, some of the market isn't in money, it's in bitcoins. And you don't use the regular Internet to find your seller (or buyer), you use the Darknet (this article is long and involved and very interesting on the topic). I'd only recently heard of bitcoins; I forget where, at this point. It seemed like an odd idea, the Internet equivalent to Krugerrands, for when somebody makes a country that is, in fact, the Internet and everybody jacks in and lives there in some sort of dark or perhaps neon technodystopia of Second or Third Life and Facebook and Twitter and nobody goes to work anymore but instead telecommutes and perhaps sells plasma. And hey, you can buy bitcoin shirts!

But then I read more about the Rathkeale Rovers, because I'm of Irish descent, and for whatever reason, I've been interested in gypsies since I was 10, or maybe earlier. I don't know. Unlike forensics, I can't really  pinpoint where the gypsy interest came from. Reading Wuthering Heights contributed, I guess, but that came later. Apparently the Rathkeale Rovers are the nouveau riche of the Irish Travelers (if I may draw a parallel). According to this article, once a year, they descent en masse upon the town of Rathekeale in County Limerick, their spiritual starting point if not their actual one. Considering my first exposure to Irish Gypsies was the movie Snatch (in which I had no trouble understanding Brad Pitt's dialogue, by the by), to hear that these Rovers were knocking around in Mercedes and Range Rovers and other super expensive vehicles kind of threw me a little. There is also (or was?) a reality show? I guess the rhino horn trade is paying off? I mean, that is presuming this "international crime syndicate" thing is true, which it may or may not be. I'm not a member of Interpol, nor have I been keeping an eye out for such reports.

It is kind of funny (funny "odd" not funny "haha") that even a year ago, people were talking about Irish Gypsies (who, when I was in Ireland I heard referred to as "Travellers". I honestly don't know which terminology is preferable. Perhaps Pavee? [going from Wikipedia]) and rhino horns, so it is apparently a Thing.
Posted by Jennifer R. Donohue at 12:00 AM