Well, we're just past the halfway point on the month  (how did that happen?) and it's a good a time as any to give you a submissions update. I know you're eager to hear all about it! 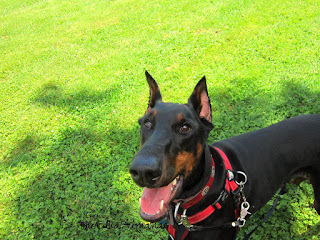 This year, I got impatient and jumped the gun a bit on some submissions, so to date, since October 1, I've submitted 22 times (as opposed to the more correct 17, but whatever, this is my game, I'll play how I want ^^). I've gotten....almost alarmingly few rejections so far, actually.  4 so far, out of those 22 submissions.

I had a story pass it's submission birthday (365 days and counting!), so I went ahead and simultaneously submitted it elsewhere.

Some of those stories are ones that I wrote just this year, as a part of my New Year's resolution to produce at least one short story a month. Some of the are stories I've written over the years, that I've edited and rewritten and, I think, made better. This is the obvious of objective, of course; I think my stories are pretty great, or I wouldn't bother.

My rejections so far are from Uncanny, Gamut, Fantasy & SciFi, and The Dark. I've turned around and sent each of those stories someplace else, of course, because that's the way it goes. And it helps me not dwell. At least one of those stories is kind of running out of places to go, but that's when I got both The Lion and the Dragonslayer and Sugar and Spice published, so there's that.

I've started a number of stories this month, and at least one of them is this close to being finished. I've also, I think, decided on my 2016 NaNoWriMo project, which will be a sequel to the cyberpunk novel I wrote in July.
Posted by Jennifer R. Donohue at 8:41 AM