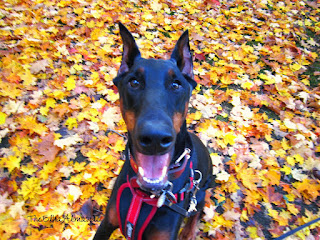 
Other than the Shadowrun, I came in under the wire writing a complete short story (other than the flash story) in September, starting and finishing the first draft on September 30, based on a somewhat conversation I had on Twitter. It's rough, as those things are, and overwritten (as those things are) but I like it and I think there's a lot good and workable there.

I went to the writer's salon and read "Klara and the Clockwork Djinn" (another popular post here), and have considered anew making it into a longer piece, a novella maybe, and serializing it here. It got a good reception, which I appreciated. It's a story I'm pleased with as a beginning, but honestly, I never knew where I was taking it. So we'll see if I take it.

And finally, though I did not win (spoilers) I WAS A FINALIST in Janet Reid's Flash Fiction contest to give away a copy of Donna Everhart's upcoming The Education of Dixie Dupree. I'm super excited to read Dixie Dupree, and I've never been a finalist on one of Ms. Reid's contests before, so even though I didn't win it was super exciting for me. My entry below:

First we were twelve, then eleven, bodies counting down like moments on the hour.

Every new place, new names. Lies are our sustenance. Our purpose varies, based on payment.

Clandestine drinks in airport bars, a nod on a city street. There is no home port.

Inscrutable messages from those who fell before. Disjointed sound clips, scratching through speakers in the blue hours of dawn.

I’m the last, left holding the puzzle pieces of our lives. No edges. No corners.

Too late, I know. The one who comes for us whistles Dixie.


The prompt words were "mom, eleven, dixie, home, lies". Honestly, I thought more entrants were going to use "whistling Dixie" or some permutation, and was sure to submit mine extra early so it didn't look like I was the one doubling up, but it didn't really happen.

And it's October now, so theoretically, I'll be posting about October Madness throughout the month (which, if you haven't been here before, is where I submit a short story to a market every day for the month of October.)
Posted by Jennifer R. Donohue at 6:01 PM