Remember how, back in October, I posted about my "favorite" ruined city? Well, for your viewing pleasure, I found a website with varying lists of abandoned places, complete with pictures: 8 Abandoned Theme Parks Abroad "Open" for Exploration is a good starting point.

In further followup to that blog post, you can watch the full documentary of Radioactive Wolves, streamed from the PBS website. 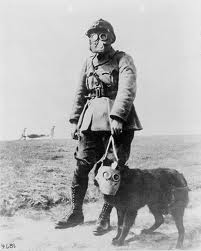 Not that I'm saying you should go exploring in these places (especially Chernobyl), but you can wear a rad gas mask while doing so. Also, have you heard of the video game, Stalker: Shadow over Chernobyl, and its sequel? There's a Russian novel called Roadside Picnic that was written back in 1971 about "Zones" that "Stalkers" went into in order to salvage things.  Here's the Wikipedia article for further detail, which also describes the somewhat odd title.
Posted by Jennifer R. Donohue at 10:49 AM