It's a Matter of Style

This isn't to say that I'm incapable of planning a chain of events in day to day life (meal plan for the week, how to organize tasks at work, how to teach Elka a new trick). But when I'm writing? I sit down and write the first words first, and the last words last. Sometimes I write down the middle words out of order, so I don't forget. But, outlines? Character maps? You're kidding, right? 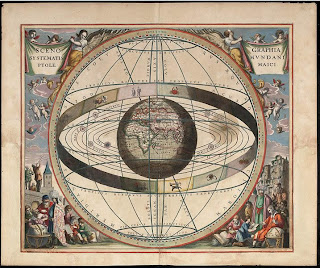 This isn't to say I think planning is wrong. I'm not going to judge what I don't know. I have outlined at least one NaNoWriMo novel; about partway through November, my story diverged severely from the outline, because I was writing it at that point, and knew the story by then. So, space pirates never occurred, because really, they were a deus ex machina to keep things moving. And I didn't need them.

If a book's beginning doesn't grab me and make me want to know more, I put it down. I still haven't read The Girl With the Dragon Tattoo, because I got 75 pages in and still didn't care. Maybe I'll break my own rules and just watch the movies. Because, really dude, 75 pages is far more credit than I give anybody. I mean, if Tolstoy hadn't finally introduced Anna on page 34 or so of Anna Karenina, I would have put that down too. Seriously.

Of course, the beginning of a book can trick you, too. I sometimes finish a volume and wonder what, exactly, happened. Lolita, by Vladmir Nabokov, is never as good as the first page. That language! That diction! And then it plods and twists and plods a bit more. This isn't to say I don't think you should read Lolita, but I do want you to know that you may be disappointed.

Moby Dick, by Herman Melville is another one, and I intend to re-read it just to be sure (as I re-read Lolita this summer). The first chapters of Moby Dick were amazing. Ishmael is a fantastic narrator, and once he and Queequeg buddy up, you have the sense of embarking on a wonderful adventure. Then you meet Captain Ahab.

Now, if you haven't read Moby Dick, you've undoubtedly still heard your entire life about Ahab. He's one of those mythical literary characters who lives outside of the novel that is his origin. People can reference him and everybody knows what's going on. But my God, was his given to monologue. Soliloquy! In a Puritanical accent to boot. Ahab had been built up as a giant my entire literary life, and then I got to him and he was overblown. I liked the novel, I liked the details and the symbolism, and the writing. But Ahab, and Ahab's fate, were a tremendous letdown. I liked Bartleby far more.

But, so far as planning goes, do I feel Melville intended to SPOILERS kill off SPOILERS Captain Ahab from page one, before he was even on Ishmael's radar? Yes. Do I feel it was necessary, and that even the brief, single sentence description of the event served a very specific purpose? Yes. I don't know how I would have had him do it differently, really, and hesitate to speculate. Every writer needs an ego to survive, but I know I'm no Melville.

But maybe he could've trimmed down those speeches.
Posted by Jennifer R. Donohue at 6:10 PM