Once the Seal is Broken

This may or may not offend you.

When I have a new hoodie, I try to put off washing it for as long as possible. For one, I'm a freak and like the "new clothes" smell. Far more than the "new car" smell, in fact, which instead of filling me with pleasure and a sense of pride, leaves me vaguely nauseous. Obviously, if the hoodie gets something on it or smells bad in any way, I'll wash it, I'm not one of those weirdos who freezes their Levis in lieu of applying soap (though again, jeans get washed if they smell or have something on them. Similar principle, but more importantly, worn jeans fit better and are more comfortable. This is not science. This is my life). But it's always a sad thing. The fleece is never so soft and velvety, once washed, as it was new. The strings get weird, the inevitable shrinking starts to occur.

Now how am I going to relate this to books? 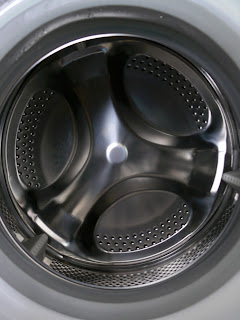 Well, there are times when fewer things are more sad than a book ending. If it's a book you've really enjoyed reading, then you don't want it to end, but rather you want to vicariously live in this enthralling world that the author has spun indefinitely. The characters compel you, and you're a little bit in love with at least one of them. You perhaps want to smack others. The words that the author puts together makes you want to read them out loud, and have them trip off of your tongue. You are delighted in every way, and when you turn that final page and close the covers on the print, the world around you is different and a little strange.

Also, there is the end of writing a novel. Sometimes, in those last five thousand words or so, you wondered what it was you were doing. You wonder if you want to leave this place you've cat's cradled together. You might be eager to leave this place, because you felt as though you've taken a wrong turn. You yearn for a map, and perhaps a pith helmet, and to return for the edits after you've had some time in Rio with a cocktail, to think. Right now, I'm not yet done with my novel, and I'm kind of bored. I know, right? I'm writing a pulp steampunk adventure with zombies (or, more correctly so far, zombies explicitly implied. My heroines have not really encountered any. Though there was that one guy.....), and I've somehow grown bored. That's not correct.

I  need gunfire or explosions or a hijacking or something, because as it is, I spent an entire day not-writing, and doing things like playing Snood and watching Cooking With Dog on Youtube (the dog is the narrator, not an ingredient). I would have been watching The F Word on Amazon.com, but Amazon decided it didn't want to, so we broke up. Until tomorrow, anyway. Earlier in the week, I was writing while listening to/watching The F Word, so maybe that's what broke my fragile concentration? Or was it the sunlight? Or this nagging cough (yay flu!)?  I wrote earlier on how I tried to avoid having writing superstitions, to avoid just such a situation. I don't want to need anything to write, other than myself and writing tools. Sometimes, the habits we fall into amount to the same thing, unfortunately.

Well, into the breach once more, my friends. I did wash a hoodie tonight for the first time, but I'm hanging it to dry, just to make the effort at preservation.
Posted by Jennifer R. Donohue at 1:43 AM