Where Am I to Go, Now that I've Gone Too Far

There was an article in the Wall Street Journal recently on how young adult fiction has become "too dark". I was interested and perplexed by this kind of an article and argument. There is lots of dark young adult stuff; there is also still a fair number of bubblegum and sunshine high school and boyfriend style young adult fiction. A lot of these books address "real teen issues", though, perhaps more than they used to. Judy Blume has always been very forthright in her writing of these sorts of things, and I think that many current authors maybe be taking a page from her book. 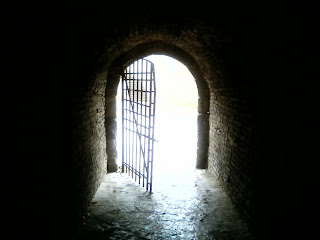 This begs the question, though: who decides if a book is "too" something? The reader? The author? Speak, a book by Laurie Halse Andersen, deals with rape in a high school setting, and how the victim behaves and copes afterwards. It's a very good book, and I highly recommend it. Thirteen Reasons Why, by Jay Asher, deals with a classmate suicide, and the repercussions of both her actions and the actions of her classmates prior to the act. Go Ask Alice, going way back, is perhaps the earliest book of this sort, that honestly admits that kids in high school are kind of children in adult bodies, and are frequently in situations that they perhaps don't know how to handle, but also don't feel that they can bring to the adults in their lives.

Going beyond that still, to adult fiction that writes about adult issues: We Need to Talk About Kevin, by Lionel Shriver is SPOILERS about, ultimate, a school shooting, but also what makes a killer, and what makes a sociopath, and what if you don't really want to be a mother? SPOILERS. These are hard, and raw, topics at any age. But writers see a truth, and need to write that truth. Artists in the renaissance were painting the naked human form when it certainly wasn't acceptable; is "dark" fiction any different? Any less naked?

Do writers sometimes hesitate, perhaps write a scene or character differently than they originally meant to, because once that character was on the page, the writer thought about her grandmother reading it? Have situations in stories been changed, because writers don't want fiction to be mistaken for events taken from their lives and placed into a narrative? People say "write what you know" after all, but "what you know" and "what you can imagine" or intellectualize are, in fact, different things. I doubt, for instance, that Thomas Harris (author of Red Dragon and Silence of the Lambs, among others) is actually a sociopath and a serial killer. Does he write them in an inspired way? Yes, at least in the two examples I've given. But having an interest in the darker side of things is something that many people share; things that we have a horror of, but still peek at with one eye.

So, forget about your grandmother scolding you. Forget about people asking "oh, did that happen to you?" Write it. Write those darkest imaginings, and see how richly they fill the page, because that is a role that we as writers fill. We write those things that go bump in the night, those shady corners of the human psyche, because frequently, nobody will face them otherwise. And really, if a parent group boycotts you, you know you're doing it right.
Posted by Jennifer R. Donohue at 10:30 PM