So, I was on the Internet, as one does, and I found a Buzzfeed link to the 22 Most New Jersey Songs of All Time. This was subtitled "surprisingly, they're not ALL by Bruce Springsteen." Why yes, I was surprised. Being from New Jersey, I was excited and hesitant to peruse the list.

I don't know a lot of the songs. Never heard of the band (group? What are kids calling them these days? Ensemble?), never heard of the song, never heard the song itself. Real Estate? Who the hell are they? "Surburban Dogs" isn't a bad song; perhaps it will even grow on me. But, as you can imagine, it does not evoke my home state for me. 
And Lauryn Hill is right out.

I do appreciate that there is a band called Titus Andronicus, and I think "In a Big City"is the most successful song for me in the list of "what the hell is this?!" songs, but it could be for the line "deluge of hipsters". Because seriously, hipsters.

.....but then that's it. I mean obviously, Bruce Springsteen is New Jersey's patron saint in my eyes. Thunder Road, Spirit in the Night, Jungleland, all of it. But only three Bruce Springsteen songs get mentioned by name, while two of Bon Jovi's do? Bon Jovi just isn't as evocative for me. I'm sorry. Well, I'm not. This is my blog and I'll say what I want. 
I guess it would be a boring list if it was 22 Bruce Springsteen songs about New Jersey. I get that. But why both with a list that's the Most ___ of ALL Time? Did they consult anybody from New Jersey? I'm not just being picky; people commenting on the post are pretty much all "hey, what about...?"

However, all is not lost. In the sidebar was 13 Things About Rainbow Brite You'll Now Find Hilarious.  Because I'm a recalcitrant bitch, I thought 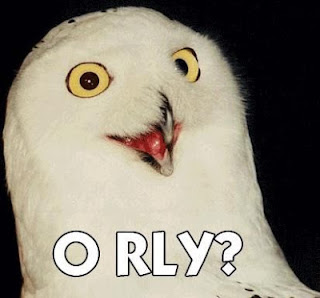 But, some of the things in that list were, in fact, really funny. And then I discovered THAT YOU CAN HAVE A RAINBOWBRITE.ORG EMAIL ADDRESS and was at the same time flailing and also paralyzed with glee. So, it balances out. Like when Osiris measures your heart against a feather, and Ammit the Destroyer gets to eat it, or not.

(interestingly, Michael the Archangel is also said to weigh the souls of the dead) 
Hmm. Or maybe they don't win. They seem to think people have forgotten Celebrity Deathmatch. Seriously? Who do you talk to? Were they born in the 90's? Is that it?

Maybe I'm just addicted to list posts and need to be done. Or done with Buzzfeed. I'm going back to Cracked.com.
Posted by Jennifer R. Donohue at 12:00 AM