Nuclear Accidents (I can't be the only one interested)

A few years back, in the nascent stages of my nuclear paranoia and layman's research into the topic of the history of both bombs and reactors, I read Atomic Harvest: Hanford and the Lethal Toll of America's Arsenal, by Michal D'Antonio. Hanford is one of the nuclear sites that enriched plutonium for the Trinity test, Fat Man and Little Boy, back in World War II. 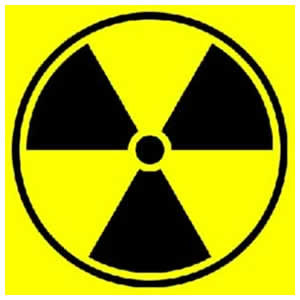 Imagine my surprise to see in the news an article about six containment vessels leaking at a site in Washington state. At Hanford, of course, which is (I believe) known as America's most contaminated nuclear site. "Surprise" being subjective, of course. Considering some of the things in Atomic Harvest, I'd known that employees became pretty lax when it came to safety standards, even when personal safety was the issue. I'd known that they used little red Goddamn wagons to transport plutonium discs around the site. I'd known that when people are around dangerous things, they acclimate, and they become reckless in the outsider's eyes. Familiarity breeds contempt, so the saying goes, though I'm sure that's not what whoever said that meant. It makes good enough sense in my context here. So, for the Department of Energy to  “not adequately analyze data it had that would have shown the other tanks that are leaking.” (per the above linked New York Times article) at the Hanford site....well, that doesn't surprise me. Our nuclear history is riddled with such casual Goddamn negligence. That, and why is the DOE looking at that at all? Why isn't the Nuclear Regulatory Commission? Would it have made the difference?

Another thing about Hanford, and I might get some of these particulars wrong (I just can't remember, don't have the book in my hands, and Google isn't helping me precisely), is that one of the reactors (the N reactor maybe?) had a similar containment structure, or lack thereof, to the reactor that went into partial meltdown at Chernobyl. But they kept on using it, for awhile.

Funny that the same day I read about good ol' Hanford Washington (don't worry, kids, that leakage into the ground and thus groundwater is still a few miles from the Colorado river!), I came home to my housemate watching The Sum of All Fears. I missed most of it, but overall what I saw/heard was all right. But at one point they said something about a nuclear site, and the K reactor. I thought of Hanford immediately, of course. But no, it was the Savannah River Site.


Of interest: while searching for the links to back up my half-remembered facts, I stumbled across this article, Hemp "Eats" Chernobyl Waste, Offers Hope for Hanford, on Hemp.net regarding the planting of industrial hemp as a way of decontaminating the soil, with a citation date of Winter 1998-1999. I'd never heard of that before, and think it's very interesting. Of course, it makes me wonder what happens to the plants themselves after they grow out of that soil. Are the plants then radioactive? Where does the radiation go?

The industrial hemp is a thing I'll squirrel away for when I continue to write my own Exclusion Zone novel; I've got it started (oh, the novels I have started!), but it's one of those ones I need to do enough research so as not to come off looking ignorant and totally stupid. I need to accurately reflect the effects of radiation in an exclusion zone, for which The Wormwood Forest by Mary Mycio is a fantastic resource. If you haven't read it, you should. Research can bog the creative process down sometimes, or stall it completely; they always say "write what you know". I'm also a big fan of "learn just enough to fake it". But for the fantastic in my fiction to be "real", the real stuff has to be as well. Just the way that it works. Of course, I do enough reading and I start looking at getting batteries for my Civil Defense era geiger counter (Thanks Doctor Checkmate!) and want to buy a gas mask.

And if you wondered, The Chernobyl Diaries is not a movie worth watching. I did watch it, and want those 86 minutes of my life back. A horror movie taking place in Pripyat has so much potential. So much. And it seemed like the Chernobyl Diaries creators didn't even read the Wikipedia article.