The Order of Things

I'm not a big fan of poetry.
That is to say, poetry has to be particularly fine to draw me in. I like Allen Ginsberg's "Howl". I like T. S. Eliot's "The Waste Land. I like Sylvia Plath's "Lady Lazarus". I guess what I'm getting at here is that I like rather literary, somewhat complex poetry, though I do have a New Jersey loyalty to William Carlos Williams and, of course, Bruce Springsteen (so he sings his poems. They're poems. That are stories. More on this another time.) Poems tell stories in fewer words and fewer pages, poets loading all the power that they can into each phrase, and every chosen word, and there's a certain magic in that. 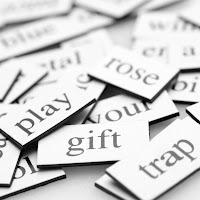 I've discovered lately, I also like Adrienne Rich. I'd dabbled in her a bit in college (I took a class entitled "Women in Poetry", which would have been great but for the other students), and find that a lot of her lines and stanzas stick with me, such as these lines from the poem, From an Old House in America:

“Such women are dangerous
to the order of things”

and yes, we will be dangerous
to ourselves


groping through spines of nightmare
(datura tangling with a simpler herb)

because the line dividing
lucidity from darkness

is yet to be marked out

Do I have a pat answer for that I think these lines mean? No. I've been thinking about them for years though, consciously and unconsciously, in that dream-space from which ideas flow. I'm sure I could look up interpretations of the poem (the full body of which is rather large), and even Rich's own commentary on her work but, well, I don't wanna. I like pondering it, turning the words over like river rocks. Ask a ten people to write a story each, based on these lines, and ten very different stories will come to your hands.

I have a novel that I will probably never finish which takes inspiration from this poems, and others (notably, Bruce Springsteen's "Jungleland"). The main female character is rather Mary Sue-ish, as I started it in college and didn't know how to make a female lead who was anything different. This is only one of its problems, but I do think about it periodically, and how to make it work. Perhaps I'll just rewrite it from memory one of these days, and not look back. It's written in fountain pen, in one of those lovely blank books that I used to be afraid to use. I've typed it as well, but the whole thing is in that book.


Sometimes, the very thing that drives a story, or even just an idea, is switching things up. Snow in October (like we know anything about that.....) The little savages that make up the cast of Lord of the Flies. John Lennon saying that the Beatles were bigger than Jesus. LSD. Bra burning. Occupying Wall Street. Everything, little and big, is a story. Everything, little and big, can rock a world.
Posted by Jennifer R. Donohue at 1:37 AM