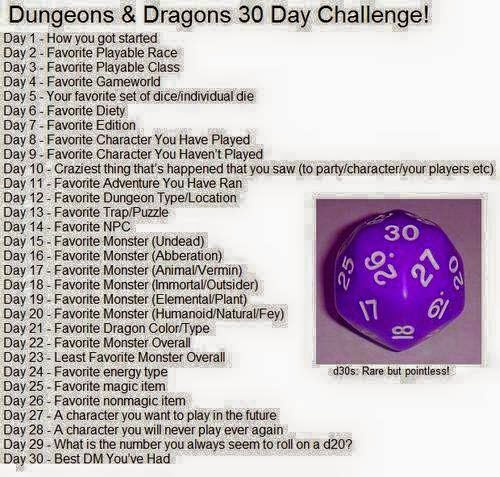 I guess "force" might be my answer. Non-elementally typed damage. So, what Magic Missile does, say. It bypasses most basic damage reduction (or did in previous editions? 5th does interesting things with resistances, I think. Though we've only seen a little of that so far), it doesn't leave you stuck with only fire spells to fight the red dragon, etc.

That said, I have seen electricity damage put to amazing use. "Touch of the Eel" was a spell our wizard would cast on me in the Temple game; the next enemy struck would then take my weapon damage plus the spell damage. At one point I literally exploded a 4 armed gorilla (I forget what they're called) when I walked into a room and rolled a 20 on that trusty purple die while Touch of the Eel was cast on me. Then there are the majestic lightning bolts I've seen cast (and have, on occasion, cast myself).
Posted by Jennifer R. Donohue at 12:00 AM