Well folks, I crossed the 50,000 word mark this morning. Unlike previous times, when I tried to validate the first go-round, my wordcount was 49,999, just barely off from what Open Office said I had. So I wrote another sentence, did it again, bingo!

Unlike some NaNoWriMo's, I never lost interest in my project this year. I didn't bog down, though there were days I was behind because of non writing activities. Real life happens, y'all, and you make up for it in writing time when you can. Do I regret any of it? Not the slightest bit.

But I'm going to keep going on this work, a serial killer thriller that's a riff on Hamlet, and finish the draft before I "put it to bed". Really, National Novel Writing Month has the best "ring" to it, but I've moved on to considering it "National First Draft Writing Month", for it's in first drafts you're concerned most with getting the words on the page in a pell-mell rush, hoping perhaps to give in to some transcendent madness of creation and achieve something greater than anything you'd tried before. It's in editing that the story gets ironed out, hemmed up, additionally embroidered.
Posted by Jennifer R. Donohue at 10:39 AM No comments:

Jesus on the Dashboard

Fiancè: Why is Jesus breakdancing?
Housemate and I: Why wouldn't Jesus be breakdancing?
Fiancè: ....okay. I guess that showed me.

Reasonable Reactions to comments on your stories

Well. Maybe "reasonable" is exaggerating (also, am I the only one who has to take like, three shots at spelling 'exaggerating' every time? And by the time I get it, I don't trust my browser's spell check and have to ask Google anyway?) But "common reactions" just didn't have that alliterative power. That, and I'm trying to make better titles. I haven't yet come up with one ending in "you'll never believe what happens next!"

So anyway. Comments on your stories. We all know what I mean. Spouted by writers, spouted by workshoppers in undergrad fiction classes, etc. etc. It isn't bad advice, per se. And this is not to say the advice is necessarily incorrect. But we all want more, don't we?

So, with .gifs and stuff, I thought I'd take out that frustration here, rather than on any poor workshopper or faceless Internet person (and no, none of this happened recently, so stop trying to figure out if I'm talking to you because I'm not so there.)

First, a picture of Elka to make y'all happy. Look how happy she is! You're happy too now, right? Right.: 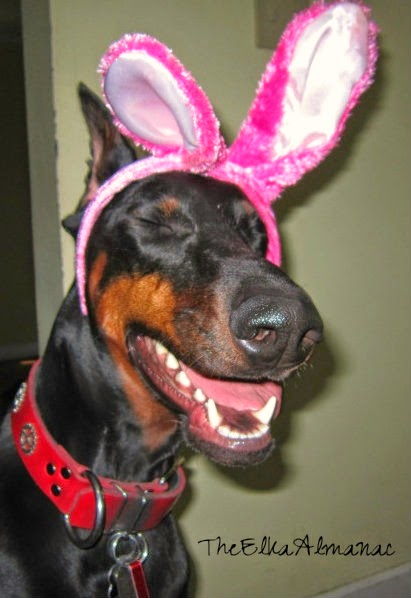 I like Shakespeare. I took a Shakespeare year in high school, essentially. Two electives, one for the fall, one for the spring. We watched the movies rather than read the plays, and while we did have tests, they were easy if you'd been paying attention. My high school English teacher had concentrated on Shakespeare in college, and his love of the work combined with his command of the material made for an amazing experience which has stuck with me.

The Internet as Cultural Memory

In the days of yore, nobody wrote anything. I know you're hearing this for this first time.

They remembered everything, frequently as story-songs because that's easy to remember, right? We remember songs we don't want to remember, because this is how our brains plague us.

Then we started writing things down. Only certain people, though. This widespread gift of literacy is, I think, fairly recent. Because words are power.

Is this how I wanted to start this post, really? I hope so, because the Internet, like diamonds, are forever. Theoretically. For instance, all my posts here will persist long enough to embarrass me, I'm sure.

I'm sure it isn't really an odd thing to suggest that a creative environment fosters, and spawns, more creativity. I've wrote about it here enough times, that when I'm writing  a lot, the ideas keep coming.

How Many Novels Have YOU Written?

Just something I have to get off my chest.

It really bugs me when I see and hear comments like "It takes her ten years to write a book!" (Donna Tartt) and "It took him six years to write the last one....too long!" (George R. R. Martin).

Most of the people making these comments are not, I think, writers. I don't like to make assumptions, but they are, so why not?

I really need a snappy title for my link posts

All right, another lazy link roundup (ooh, should I call it that? Lazy Link Roundup™? Has somebody already thought of that?)

I'm about 4k words behind on my CampNaNoWriMo project. Still doable, certainly. I haven't lowered my word count goal yet.

The Ethics of Space Travel

You'd think somebody with as much nuclear paranoia as mine would have considered the amount of radiation a person would be exposed to on a trip to Mars. But I didn't. I think to some degree, I assumed ships were shielded and left it at that. It's how it works in the movies, right?

Read more »
Posted by Jennifer R. Donohue at 8:48 AM No comments:

A couple of times in the past year, I've had a strange sort of book luck.

See, we have a book sale at the library, both for items the library itself has withdrawn and also for donated items. Books are a dollar, fifty cents if they're trade paperbacks. You might imagine I come home with more book sale books than I ought, though I do try to exercise a measure of control.

Two times in the past year, I've walked past the book sale and found the exact book I was looking for, for the low low bargain price of one George Washington.

Pondering the seriousness of various NaNoWriMos.

So I guess I have a pattern formed here.

When I don't have posts scheduled ahead of time  (which I do, frequently. I write them when I have the time and schedule them for my neat little MWF), sometimes I can pull it out in time. Or at least on the correct day. But there are always mitigating circumstances.

This time, it is of course Camp NaNoWriMo.