Run With the Hunted

The Run With the Hunted series is my pet project of self published cyberpunk novellas, revolving around three women with different roles and personalities who work together to Do Crimes: Bristol, Bits, and Dolly.

Run With the Hunted 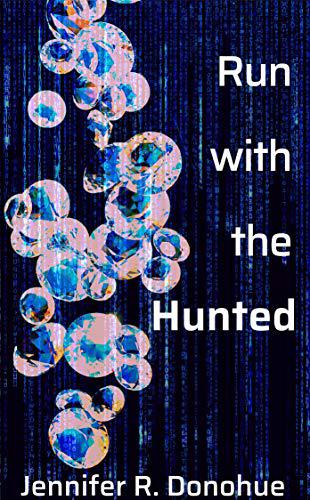 "In the fast-paced, tech-heavy future, even hackers need to take a break. Bits isn’t working right now, and instead spends her days in VR, making necessary additions to the immersion’s neglected night sky. When Dolly shows up with a problem that needs solving, Bits can’t just boot her. Especially not when she finds out Bristol’s been arrested and they have a narrow window of opportunity to bust her out. There’s something wrong, more than jail, more than the effects of all that time in VR, but she can’t remember. She and Dolly have to hit the road first and figure out the details later, because if they lose track of Bristol now, they might never get a second chance." 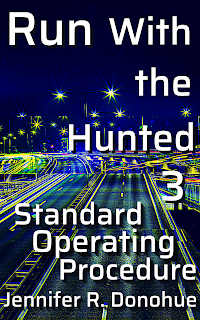 In the fast-paced, tech-heavy future, the rich are richer, and even more careless. Dolly is practically legit, recovering abandoned sports cars from parking lots around Dubai, and selling them off after a little tech magic from Bits. When Bristol catches wind of an auction for the most expensive dog in the world, it’s an opportunity they don’t want to miss. What could be more fun than a dog heist? But things really go south when it’s about handoff time, and this super simple dog heist gets a little more deadly.
Paperback
Ebook

In the fast-paced, tech-heavy future, a socialite, a soldier of fortune, and a hacker team up to take jobs that pay big and showcase their skills. But when the diamonds are more than they seem, the data breach goes wrong, and the dog heist gets complicated, the trio has to think on their feet to come out on top.

Hardcover
Run With the Hunted 4: VIP 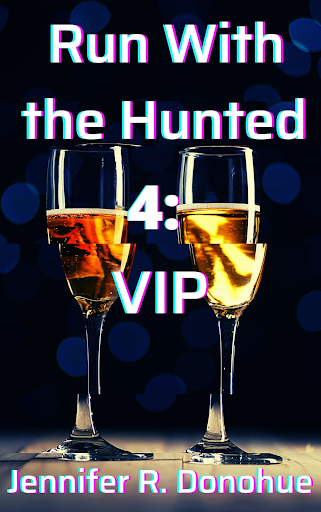 In the fast paced, tech heavy future, even cowboys get the blues. Bristol is unwinding at a non-work party when she’s approached by a bullrider with trust issues; he’s had enough injuries that he can’t do the rodeo circuit anymore, and he’s got a deadline to get married and claim his family fortune if he wants a ready-made alternate career path. With Bits and Dolly posing as her bodyguards, Bristol is plunged into the social lives of the ostrich ranching elite. It’s rife with rivalries and there are parties for days, but when people from Bristol and the team’s past catch up to them, the race to the altar takes a left turn.
Paperback
Ebook