Sometimes, voracious fans can push me from "indifferent" to "against it" 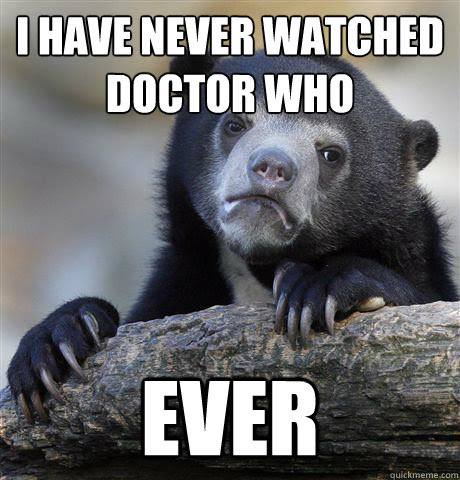 I'm not morally against Doctor Who. Theoretically, it should be in my wheelhouse. But I've become so inundated by the fandom because, y'know, I exist on the Internet, that I actually shrink from Doctor Who mentions. I hate it when "my" daily shirt sites of Doctor Who shirts (which is a lot).

So then I feel like a person in an Elder Scrolls game, where sometimes they just HATE your character and scowl at them on sight, because of what they're dressed in or something.

The submission and rejection cycle

I've got...four stories still out at magazines. I got a form rejection from one magazine this week. I'm dreadfully hopeful about one of my submissions, in such a manner that each email I have makes my heart leap into my throat, like it's the rejection coming in. Or an acceptance. I just can't even.

I stayed up super late on Saturday night to watch the SpaceX resupply launch to the ISS. Cargo includes mice (apparently), a 3D printer (!) and a bunch of experiment equipment. Dragon (the SpaceX ship) will return to Earth with frozen lettuce samples which were grown in space. Space lettuce! They want to know if it's safe to eat, natch, and if it's a viable thing to think about doing, say, on the Moon or Mars. Dragon also has solar wings, which were spread in the third phase of the launch, after the Falcon rocket and its Merlin vacuum engine (I'm not making this up) deployed or fell off or whatever they're said to do.

there's actual accepted naming conventions for Space Things, as set forth by the International Astronomical Union. So sure, you can spend that fifty bucks or whatever to "name a star", but its real name is going to be numbers and letters, or Canis Major, or whatever.

And in Mars news, the MAVEN (Mars Atmosphere and Volatile EvolutioN) craft inserted in Mars orbit on Sunday night.

Scientists have made diamonds into nanothreads, which seems as though it might work as well as (or better?) than carbon nanofiber in order to make a space elevator.

I still haven't made any kind of headway on which novel to work on next, what to title my newest short story, etc. It's that time in my writing cycle, I guess, where ideas are fomenting and I just need to leave the lid on. Interestingly, a literary agent at Corvisiero Literary Agency put up a blog post which kind of helps me in this regard: Productive Procrastination. I guess I am technically procrastinating, as I can just sit down and squeeze the words out, whether they want to come or not. But instead, I'll do some side "sketches", as it were.

See, every once in awhile I remember Polyvore and how cool I thought it was when I found it. Look, you can create outfits for your characters! Endless applications! (well, maybe not endless, but as many applications as there are characters, anyway).  So I've played "dress up" with a couple of my characters.

Oh yeah, and I've been sick all week, as a further excuse.

So, Mahria (and her husband) came to visit a couple of weeks ago. We had a weekend of gaming and fun, which was very cool. We're doing the Pathfinder "Rise of the Runelords" adventure path.

She and I were standing in the dollar store during a supplies expedition, and I looked down at a square, foil-wrapped package. It was labeled Ed Hardy, and for a moment, I wondered why the fuck Ed Hardy had come out with a condom line. And if it made a fake tattoo on one's....member.

I pointed this out to Mahria, who gestured as one would at one's...member and said "I got it for you, baby. You said you like it when I'm spontaneous." We then dissolved into hysterical laughter, to the chagrin of our fellow shoppers. This is what happens when Mahria and I go anywhere together.

But this is what it actually was: 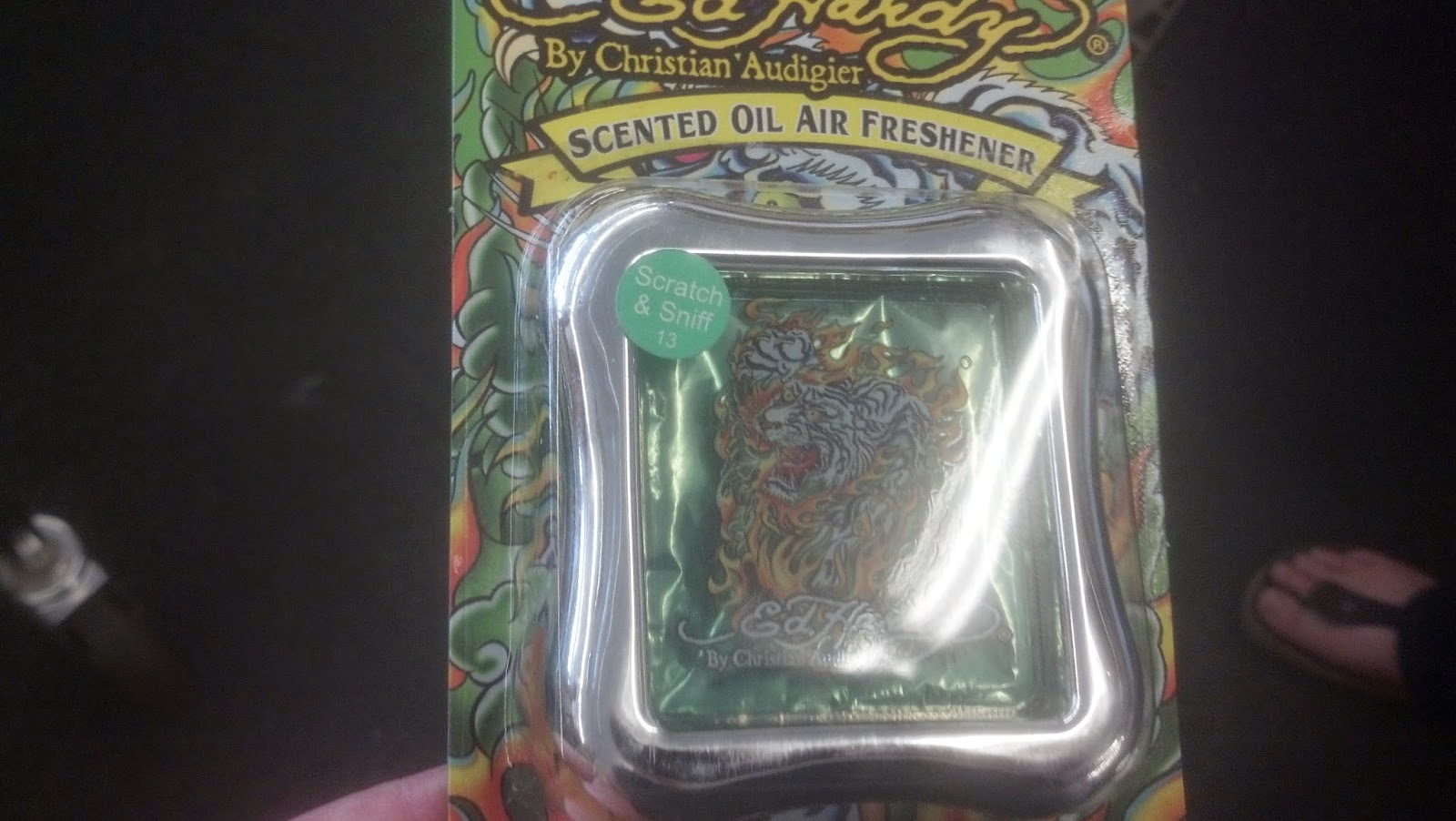 Due to my diatribes/obsessions on South Africa and Detroit, you may have noticed that even if I'm significantly altering the history or even present rules of reality in a real-world place, I want to be pretty accurate with regards to said real-world place.

Novel-wise, I've so far only done my home state of New Jersey once, this past November. I set it in my area, but just prior to my birth. So, enough overlap of geography I was very familiar with, combined with those apocryphal things of an era (and area) which give places in time their flavor (and no, that novel isn't finished, though I did hit the requisite 50k).

To know or not to know

Well, I've withdrawn Learn to Howl from the Angry Robot Books open sub. Or at least I think I have; nobody answered me. I know they're undergoing restructuring, and they're a busy business. It is what it is.

Which brings me to the question: what next?

I need to finish The Wolf You Feed (that's book 2 of the trilogy, for those of you just tuning in). I know a lot of what the story is supposed to be, and how it's supposed to end, and all that. I just need to start the book where it needs to start (currently, it starts far too early) and get there. I also need to figure out book 3, because so far, I know how it ends and who dies. That's a much larger gap than I'm normally working with (or a much smaller one, I guess. Because I know things).

Right now, I'm waiting on a few short stories still out on submission. One of them actually has a link I can go to which tells me where I am in the queue. Clarkesworld subs do this as well, and I both love it and hate it. It's like tracking when you're waiting for a package. Is it there? Is it not there? Is somebody reading it? Do they hate it already? Interestingly, on Absolute Write, there's a thread about this particular numbered submission. Currently, I'm number 60 (and have been for several days); somebody on the thread got their rejection when they were still number 63.  Apparently science fiction magazines have a loose interpretation of what numbers mean. But being "stuck" at 60...is that good? Is it bad? It's probably neutral at best and worst; there's no way to know. Until I know. But whichever it is, it isn't personal.

I've also got a story which feels ready for submission, actually, and I'm totally gridlocked on a title. Sometimes, by the time I'm done with a story the title has come to me, but no, this one remained with its working title the entire way through. I gave it a different title, just to try it out, and it leaped out at me from my desktop in its wrongness. Joy. Ooh, I wonder if I should try a random story title generator? Perhaps one of my saved lists from a Wendig contest? Now there's a plan! 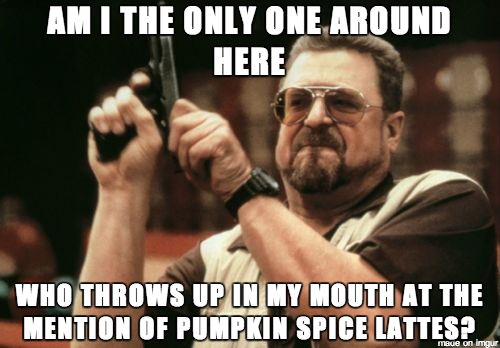 But anyway. Fall is not my season. Summer is. So fall is equivalent, in my perception, to summer being pried from my grasp. Literally stolen. Not a fan. Fall is also when both colleges come back to town, and I end up with an hours-long cavalcade of high-pitched idiots shrilling themselves down my street to head to Frat Area. I just want to sit on my porch with a shotgun and the Doberman and tell them to move themselves along, quiet-like (I don't do this. I sit inside and glower at them from dark rooms.) So that's what "back to school" means for me now, noisy nights and clueless people (who I feel should be displaying a modicum of intelligence as college students, but that's one of life's big contradictions!) coming to the library to see about getting cards. Sometimes it means swag discounts on office supplies, which are great for gaming, but I don't even like Halloween anymore (though I do like candy corn still. So I've got that going for me).
Posted by Jennifer R. Donohue at 12:00 AM 2 comments:

What's in the fridge?

I have a period of time  (period of mood?) when I've finished intensively working on one project and haven't really moved on to the next. The Last Song has finished 5 rounds of editing/drafting/deleting/writing from me and is now, electronically, in the hands of two readers. I have mentioned before, I am not the "did you read it yet? did you read it yet?" writer, and hope to never be. That's a great way to drive one's friends away, and I'm great at doing that to begin with.

So. I haven't yet settled on what I'm doing next. I haven't completed Esto Quod Es (the April 2014 novel) to "The End" yet, but I feel like it isn't done percolating yet.

I've got a short story I wrote in July that I should probably read again, to see if it actually works. If it does, I should figure out where to start sending it.

I'm number 60 in the queue for my F&SF electronic submission. It's a blessing and a curse to know where you are in line, something I've discovered while submitting to Clarkesworld.

So I've got that feeling, you know, when you're hungry and you don't know what to eat? So you circulate in the kitchen, open a cabinet or two, go through the fridge. That's how I feel about writing right this second. I look at the files I have, read some articles, mentally comb through my ideas. Is it time yet for the biker novel? The bitcoin one? Space? I don't know. Maybe I need to finish an existing short story, to add something else to my small bundle of offerings. Maybe I need to do this week's Chuck Wendig challenge (though I won't, because I'm pretty sure next week's challenge is to pick somebody's beginning and write the end, and I don't want to do that). Maybe I need to write the next installment of Klara.

Or maybe I need to read (perhaps the "ordering of takeout" equivalent in my prior metaphor). I'm currently reading Wild Thing: A Novel

, by Josh Bazell, which has been quite amusing (apparently it's a sequel. Ah well).

What do you do, when you're between projects?
Posted by Jennifer R. Donohue at 12:55 PM No comments: