December 2016 and year end wrap up

Well, 2016, I hope you're happy with yourself. What a year. Everybody knows what I mean so we won't get into that because I don't want to and you can't make me.

So let's talk about writing! On January 1 of this year, I talked about my goals for 2016. I did not do the Book Riot Read Harder challenge, and actually only read 14 books this year. Lots of short stories, though. So I've got a goal related to that for 2017 that I'll squeeze another blog post out of. 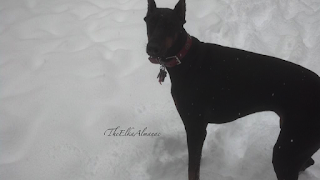 As I reported on November 20, NaNoWriMo went quite well for me. I validated my winning word count at 57,333 words, which I am quite pleased with.

I had several days in which I wrote only a couple of hundred words, and many more days in which I reached the minimum word count goal (1667) and still others where I wrote more than 4,000 words! All in all, I call that a productive month.

However, I did not reach "the end", which really was my goal this year, especially with how well my word counts were going some day. However, I have still been working on it, which is unusual for my past NaNoWriMo experiences. Not 4k a day working on it, but some, and that's a pretty sharp contrast to "I validated I'm done now!"

Additionally, I rewrote one of my short stories, committing to making it actually science fiction. Previously it was just a little odd, a little Shirley Jackson-esque (think "The Lottery"), taking place in an unspecified place and time, perhaps a little old fashioned, but a war torn esque country. Well, I replaced the setting with an unnamed planetary settlement, replaced bombs with meteor showers, and thought "well...actually that works." We'll see. I've of course already submitted said story in its newest state (after letting it sit until November was done).

So I consider November to be quite the success. Even if I didn't write "The end" on the novel just yet ,I'm still considering under the umbrella of "write a new story every month". I just need to write a story in December now (have a couple of ideas knocking around already, if you can imagine such a thing), and this year's writing goals will be fulfilled!


Posted by Jennifer R. Donohue at 7:28 PM No comments: