I see a lot of books at the library. Some good, some bad, some really bad. Fortunately (or not?) I'm getting pretty good at spotting the really bad ones, regardless of their position on the NY Times Best Seller list. Some, I truly never heard of until a patron requested them from another library and they passed through my hands.
Sometimes, those "accidental" books are really good. The Glass Demon, by Helen Grant, is one of those for me. 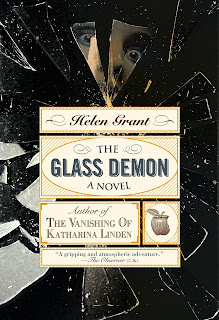 The basic premise: The narrator's father is a driven man who wants to be awarded a professorial position at the college where he teaches. They're to spend a year in German ("they" being Lin the narrator, her sister Polly, their baby brother, their father and his wife) while the father researches neat-mythic stained glass windows that are supposed to have been destroyed, but are fabled to be so beautiful that the creator had to have made a deal with a demon to create them. How could I resist?

The narrator, being a 17 year old girl, can get a bit tiresome at times, but in a realistic 17 year old girl sort of way. There are some serious family issues under the surface which bubble up from time to time, some of them staying more muted than others. Dr. Fox's (the father's) single mindedness can also be a little less than plausible, but I think he's believable, because he genuinely doesn't think bad things will happen to him and his family.
The atmosphere is well set. Dark forests, mistrustful locals, people dropping in to warn about the Glass, and say it doesn't exists any longer, and to say they know where it is, and to tell the family to go back to England. The suspense grows well as the story progresses, and whether there in fact is a demon involved with the Glass or not isn't answered towards the very end. There were times while reading that I fully lost track of time, because I needed to know what was happening next. 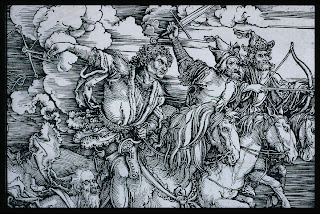